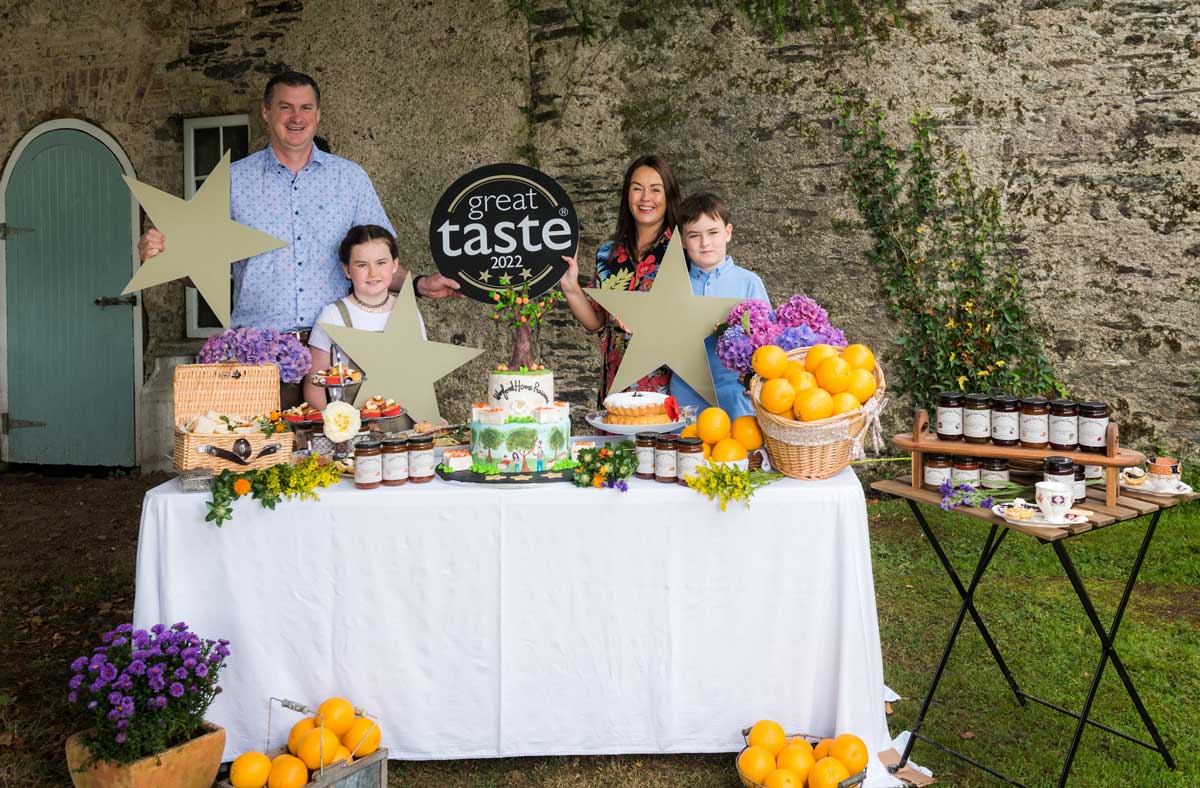 Wexford Home Preserves has achieved a very rare accolade – a three-star award for their handmade Seville Marmalade for the second year in a row, in the international Great Taste Awards 2022.
Unbelievably, in 2020, this same marmalade won Gold in the World Marmalade Awards.

This removes any doubt that the small family business, that is still making all of its products by hand, using only natural ingredients, in the rural town of New Ross, Co. Wexford is making the best marmalade in the world!

Wexford Home Preserves has been making marmalade by hand since 1988. Tom and Laura Sinnott go to great lengths to source the very best organic oranges from Gospa Citrus in Seville. The pectin to set the marmalade is made in-house using pips taken from the oranges and the marmalade is cooked using the open pot boiling method.

The judging process for the Great Taste Awards is rigorous with 500 judges blind tasting more than 14,000 products entered from 110 countries around the world.

Comments received from the judges were extremely enthusiastic about Wexford Home Preserves’ Seville Marmalade including “You absolutely know how to make the perfect marmalade – Paddington must surely have a jar of this under his hat!”

The judges also awarded Wexford Home Preserves with a coveted two-star award for their Sicilian Clementine Marmalade and for their Wexford Blackcurrant Jam. Their family favourite, the Three Fruit Marmalade, and the Pink Grapefruit Marmalade, the Irish Gooseberry Jam and the Raspberry Jam all received one-star awards.

Laura Sinnott, co-owner of this small family business with husband Tom commented “We are just gob-smacked! This is such a surprise! To us, it really reinforces the integrity of the judging that our Seville Marmalade was selected for the second year running and it proves to us that we are keeping the quality standards up, up, up. This is a great boost to our hard-working team here and to our fruit growers – thank you all, we couldn’t do it without you!”