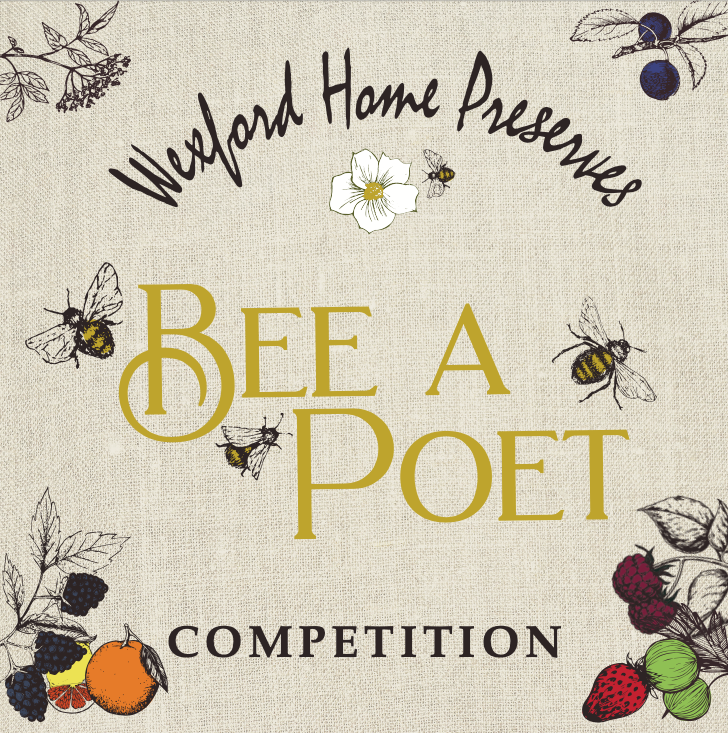 The Bee A Poet competition results are in!

We have been blown away by the hard work of children all over the country! Thank you to everyone who worked so hard on these wonderful poems.

Our judge Éanna Ní Lamhna had a very hard task picking our winners.

We originally said we would chose 5 winners of the bee garden kits but we just had to add another winner making it 6 in total as the standard was so high.

Well done everyone, the winners will be contacted this week and we will deliver your bee garden kits following the Easter Holidays. 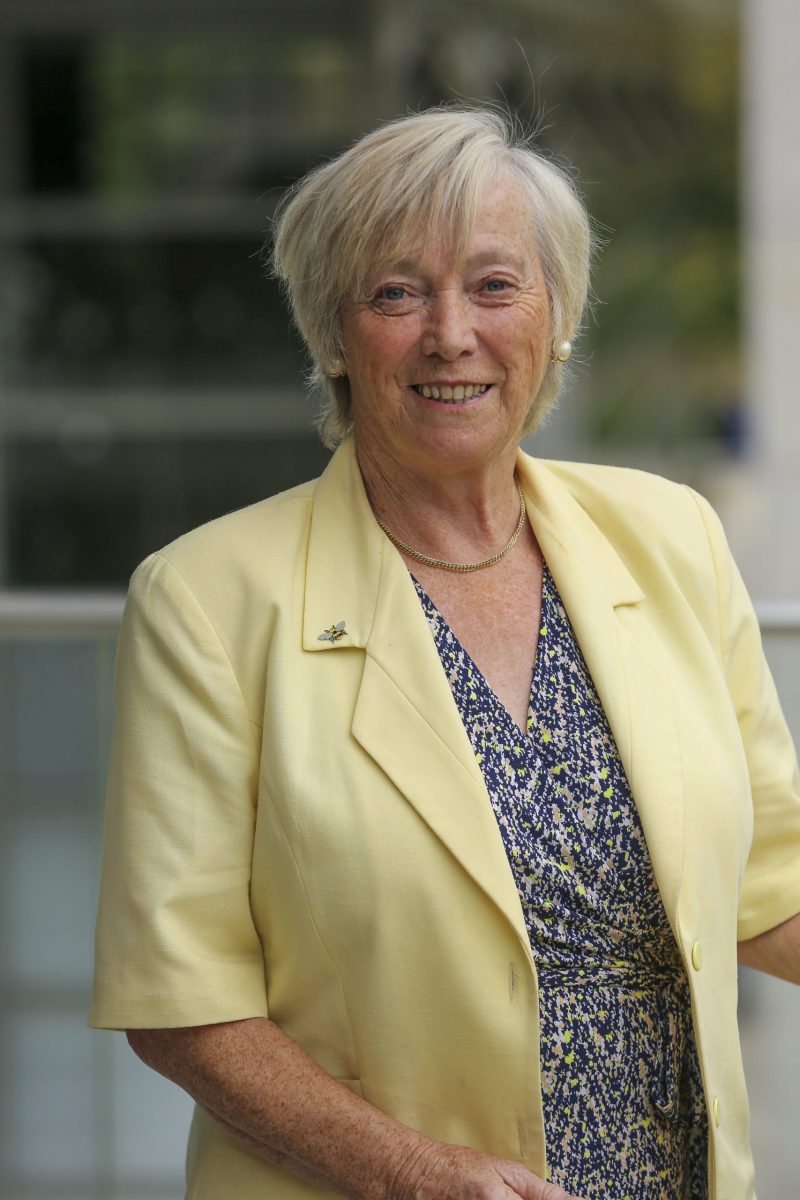 Thanks to everyone who entered! 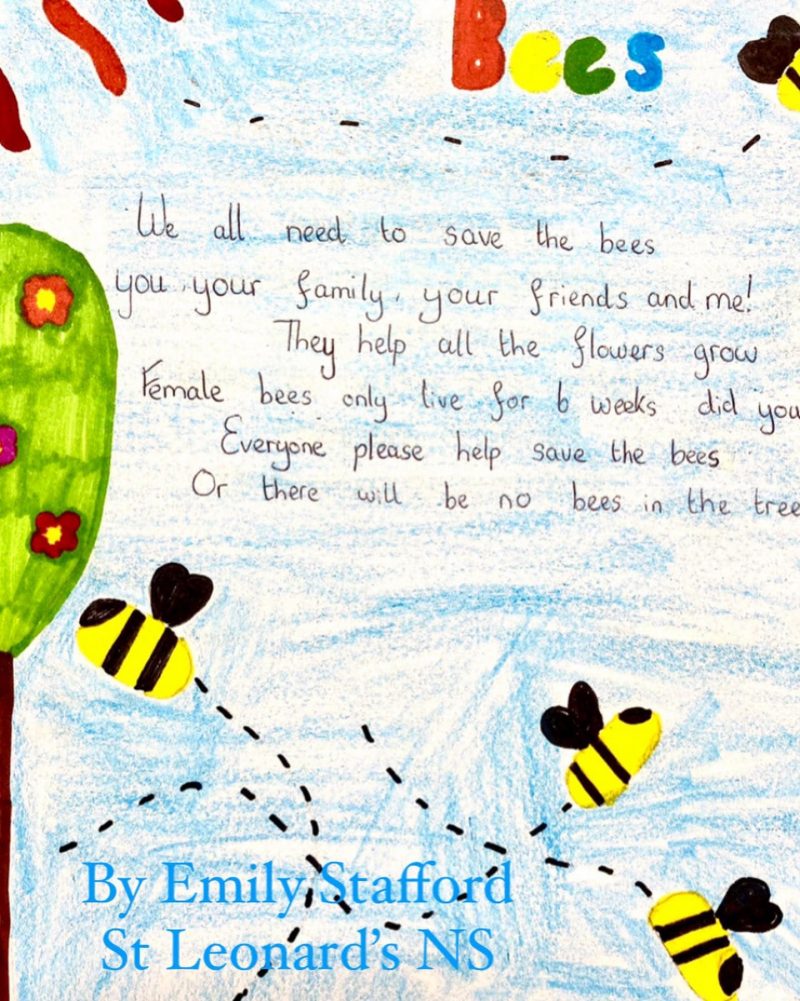 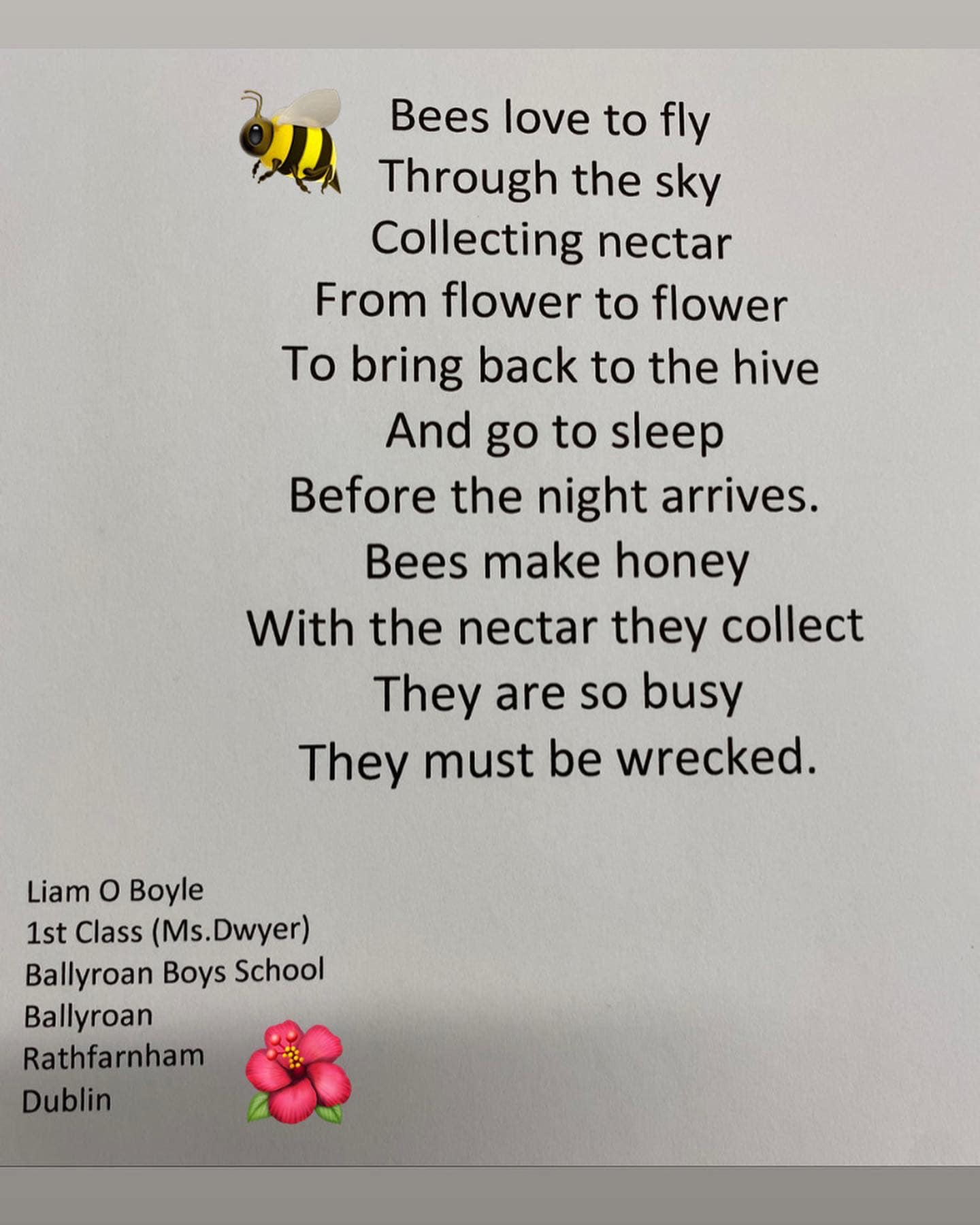 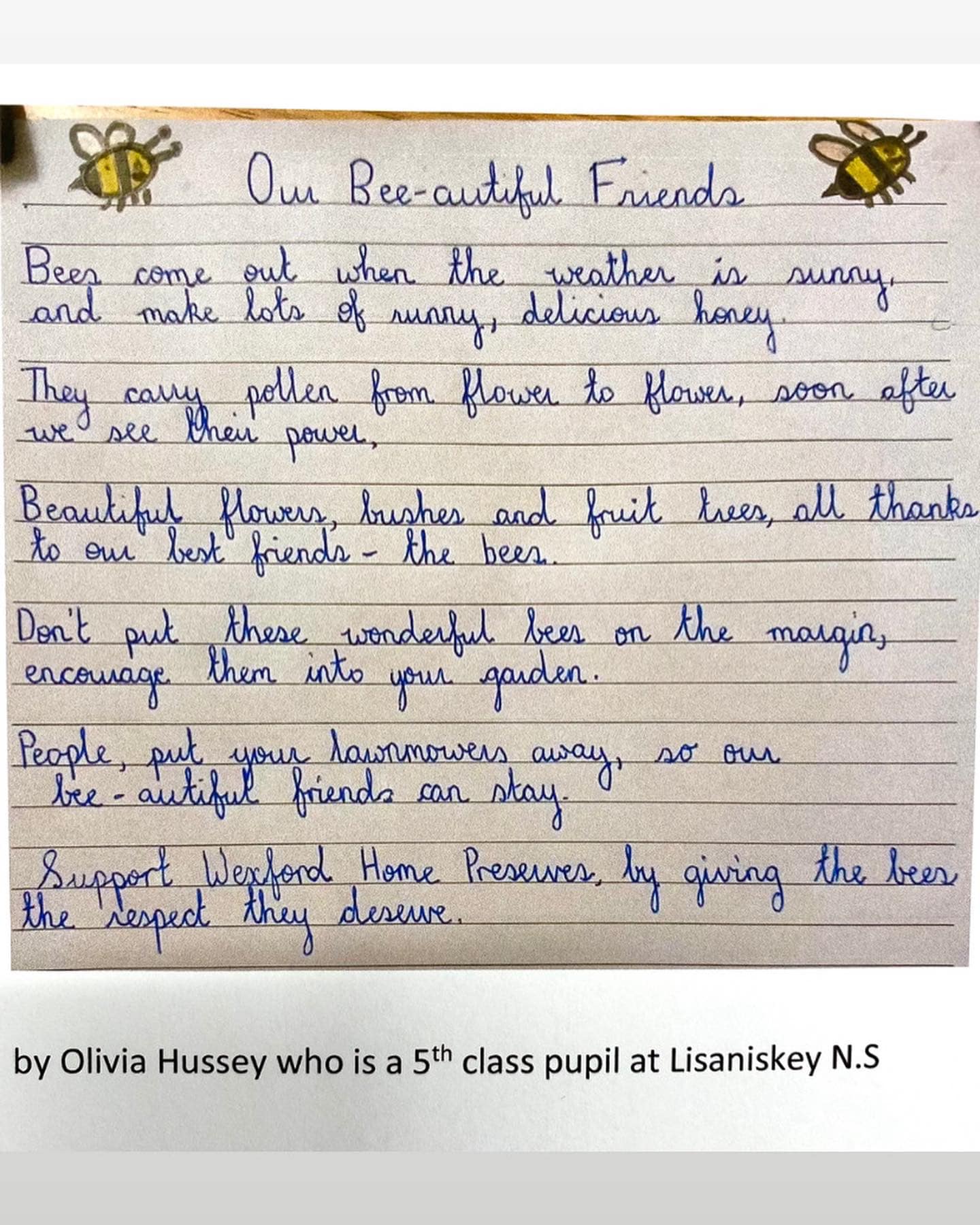 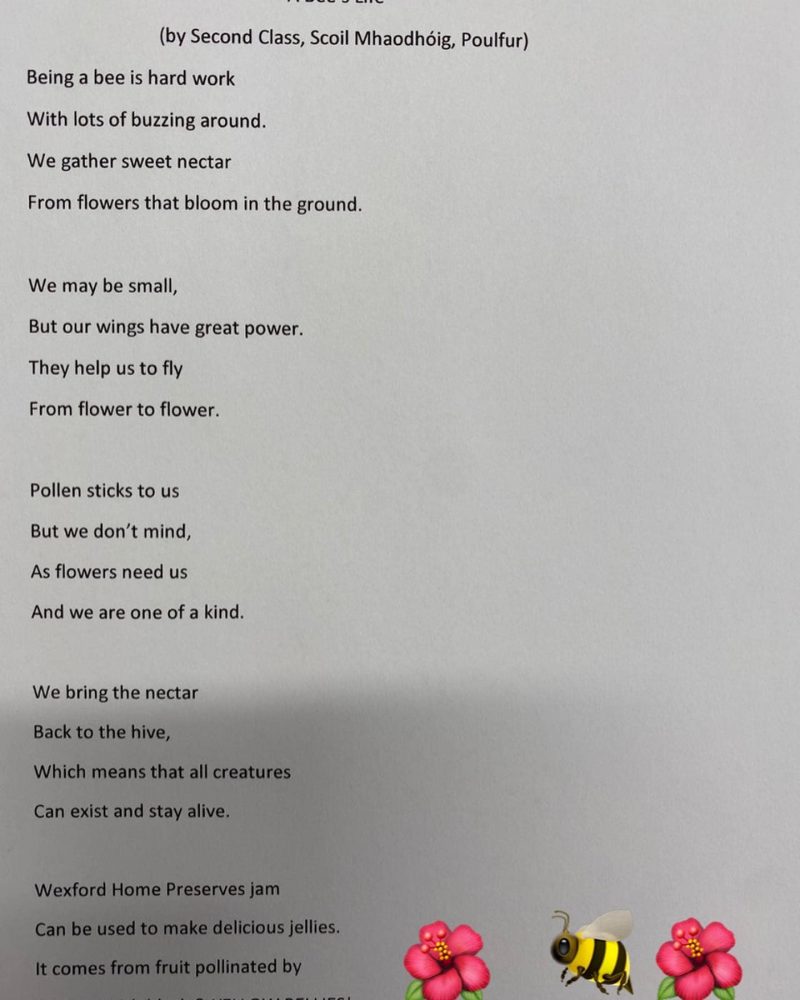 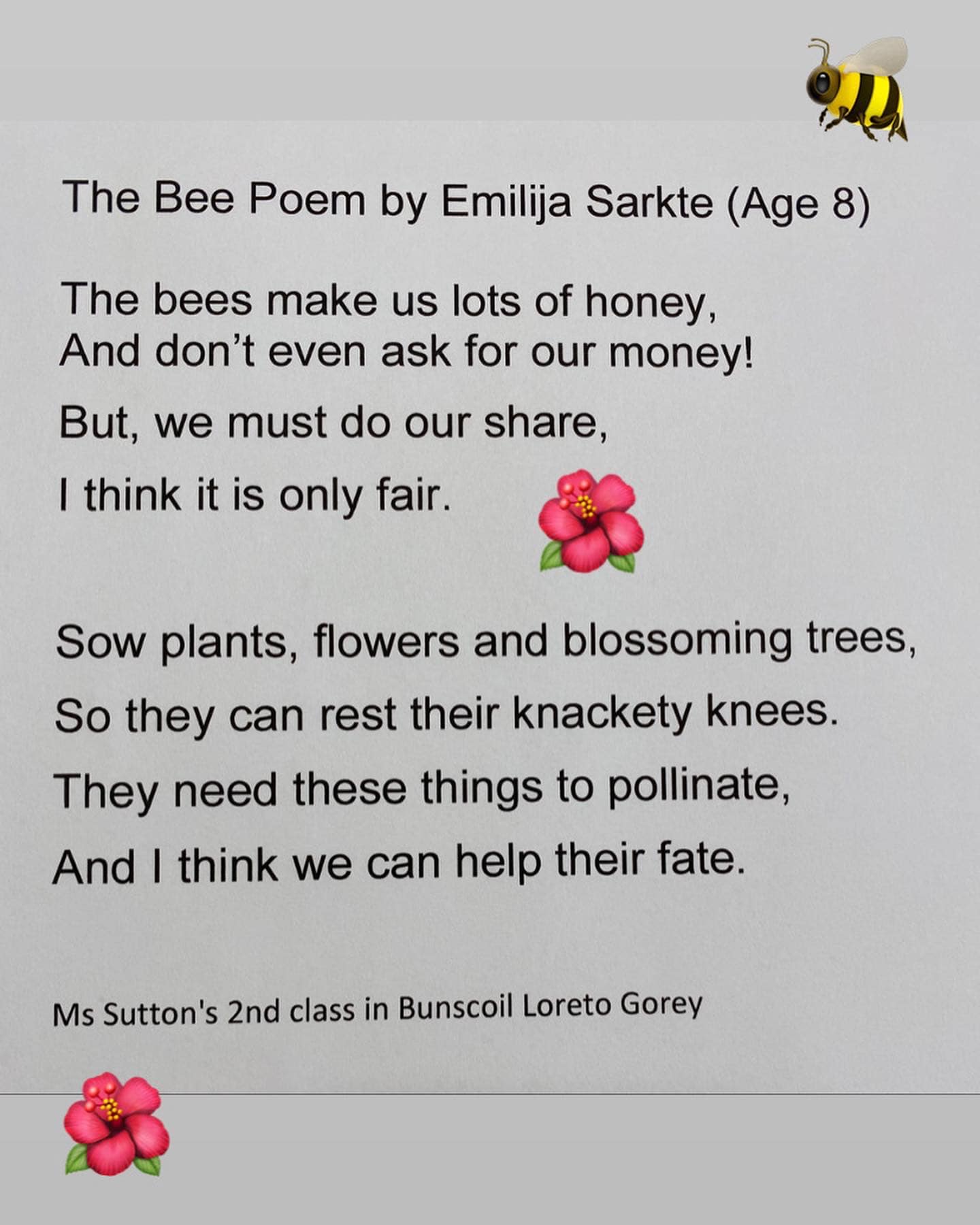 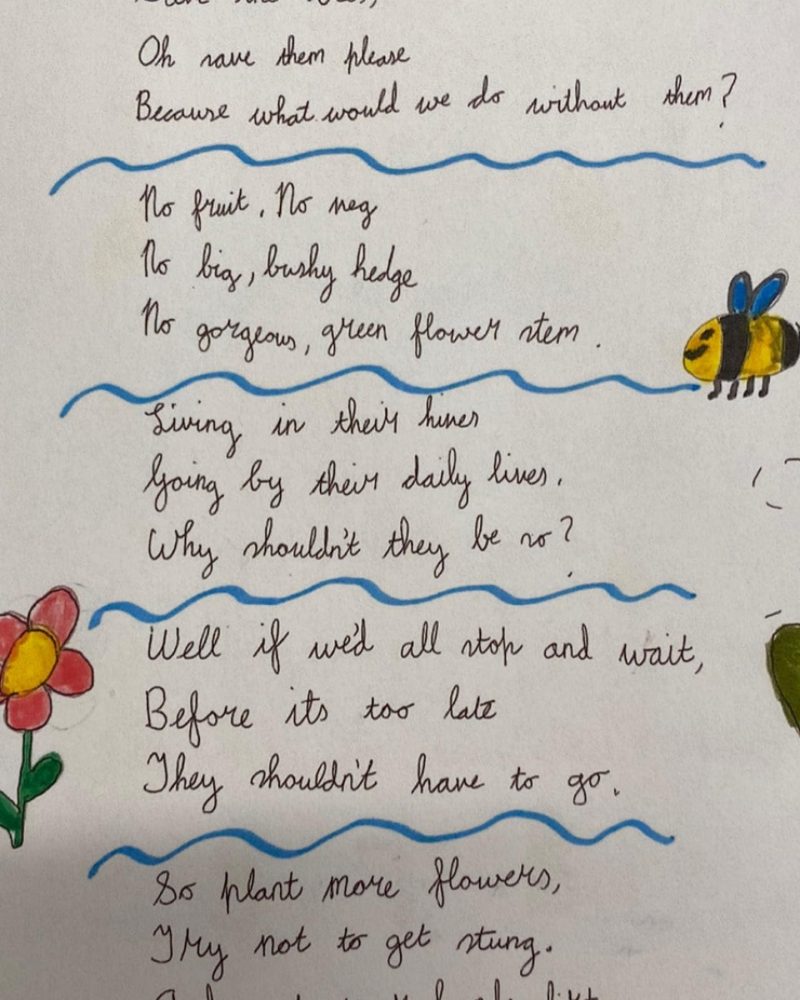